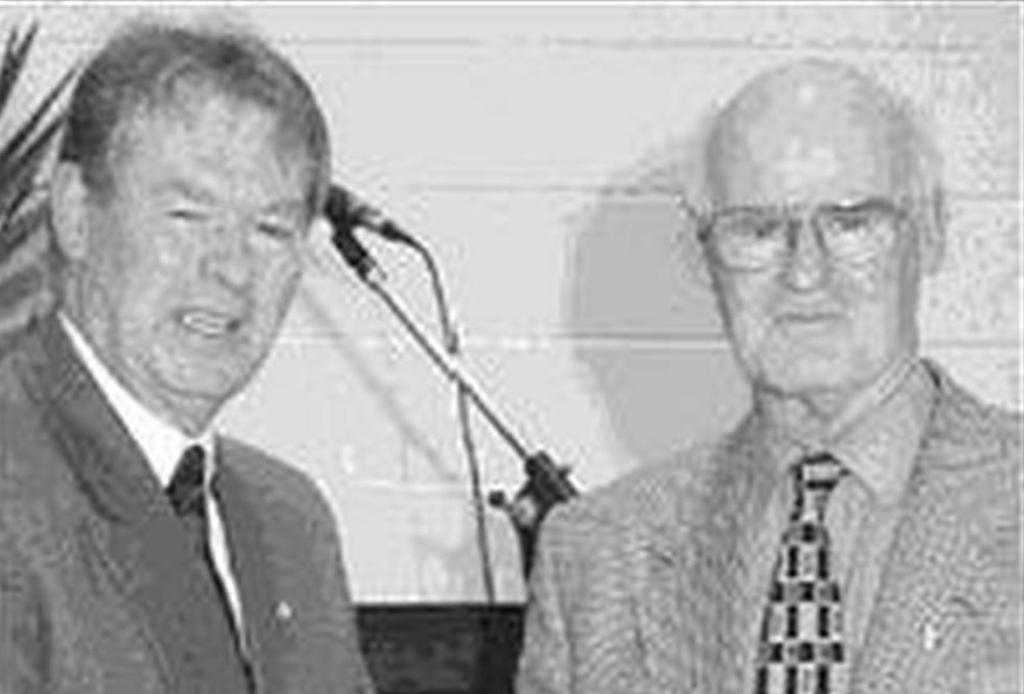 We are sad to announce the death of our former President Mr Paddy McDonnell. We offer our sincerest condolences to his wife Helen, sons Padraig(former chairman) Joe, Ciarán, Michael and Colm , daughter Gráinne and extended family.

We should never underestimate or forget the work Paddy did for our club. Terry Sloane has penned the following tribute

Born in 1932 Paddy McDonnell was a member of the famed footballing family from Darver.

He came to Haggardstown as principal of St Fursey’s National School in 1960.

Having played throughout his career with Darver Volunteers he immediately linked with Geraldines winning a McArdle Cup medal as goalkeeper in 1961.

Paddy’s playing career in Darver coincided with the halcyon days of Louth football culminating in the 1957 All Ireland winin which his brother Jimmy starred. Indeed Paddy donned the county jersey on a number of occasions during those years.

Following his playing career, Paddy immersed himself in the administration side of his adopted club, serving as Treasurer for fifteen years and also as County Board representative.

He was also a selector when the Geraldines reached the Senior Championship final of 1969.

In his role as Treasurer Paddy was closely involved with Phil Lynch and the late Jimmy McGeough in the famed Parish Weeks which took place in “Jackie’s Field” and which were a major factor in raising funds towards the purchase and development of the club’s facilities at Marlbog Road.

Paddy continued to hold the purse strings during the field purchase and his stewardship resulted in the club always remaining in good financial health.

In later years Paddy served on committee and as Club President.

He remained a Trustee of the Club until his death.

Something which should be remembered is the voluntary work Paddy carried out as school principal in training (the term coaching had not been invented) the young schoolboy footballers and running the team in the under fourteen primary schools league.

Many great Geraldines stalwarts graduated through those ranks and many of them will be saying a quiet prayer for “Master McDonnell”.

Truly one of the great gentlemen to have graced the Club.