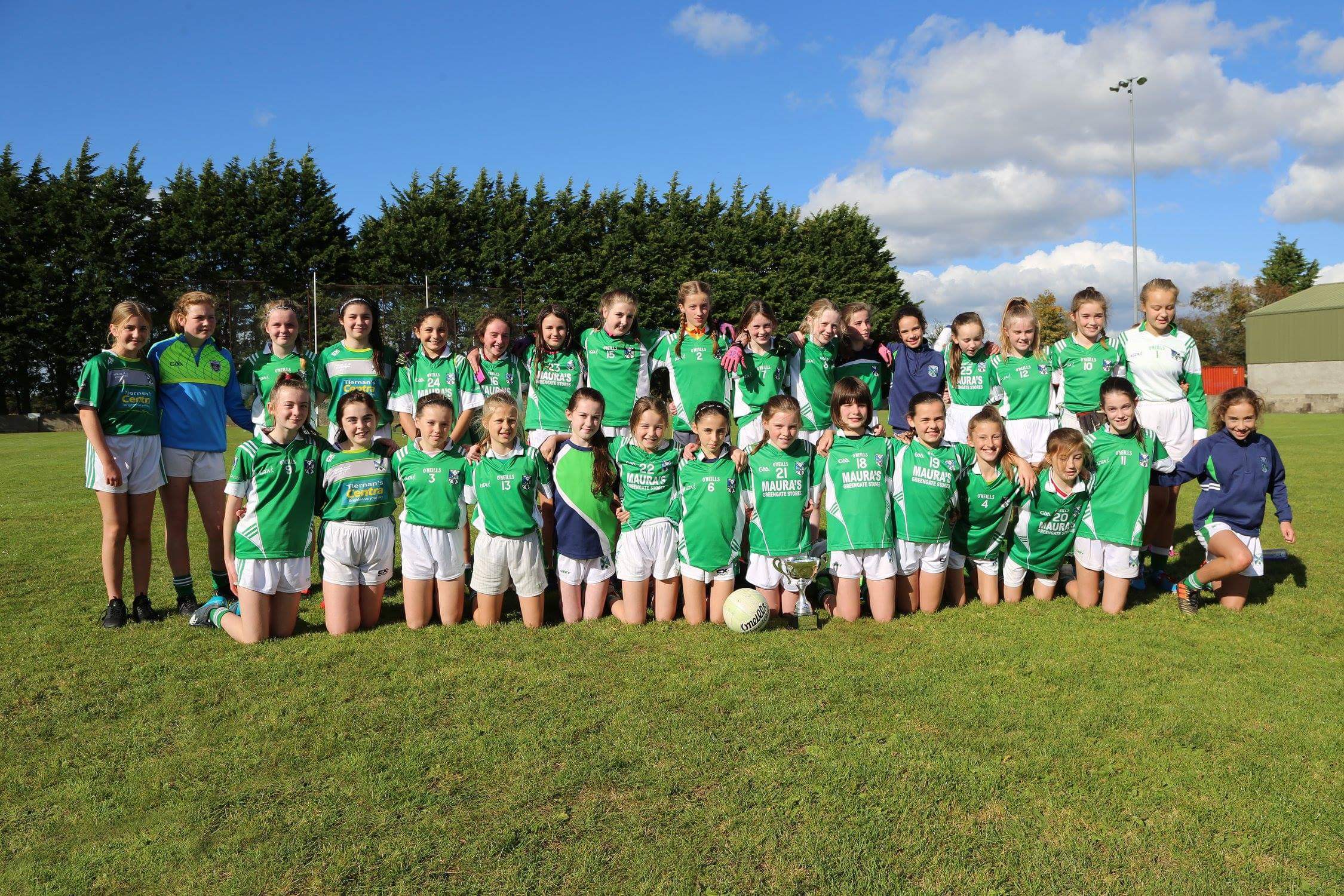 Published: over 3 years ago

Geraldines U12 girls came out on top in a tough U12A Louth championship final against Cooley Kickams at a sunny Cluskey Park , Dromiskin on Saturday afternoon on a score of 2-4 to 1-4. The Geraldines showed from the start that they meant business with Leah Hughes winning the throw in and putting the Gers on the attack. Within 5 minutes, Keelan Bewley fired and unstoppable shot to the net after a great cross field pass from Grace Rodgers. The ever reliable Sophie McArdle added a point from a well taken free minutes later. With the midfield duo of Leah Hughes and Tara O’Connor dominating the middle and Nesssa Norton cleaning up every ball that came her way the Gers were in total control but failed to make it count on the scoreboard as the Peninsula girls defended doggedly.

Cooley got themselves back into the game with a pointed free and a good score from play. In the closing minutes of the half, one of the Cooley forwards latched onto a clearance from the Gers defence and finished well to the net to give the Cooley girls a one point lead at half time.

It was Cooley who began the second half on top and they quickly added another point. The Geraldines defence was coming under a lot of pressure but Eliza Logan held firm at full back, winning several important balls and Nia Halpin gave an exhibition of tight marking and determination. Saorla Sharkey and Rebecca Bewley also put in huge effort in the half back line to prevent further scores. The Geraldines hit back with another great free kick from the nerveless Sophie McArdle.

With the Gers trailing by a point, Leah Hughes switched into the full forward position to devastating effect, scoring 1-1 in 5 minutes to put the Gers into a 3 point lead. Erin Finnegan came on for the hard working Amy Craven and was immediately in the thick of the action, winning and using the ball well. At this stage the Geraldines half forward line moved up a gear with Ciara Cunningham running at the Cooley defence repeatedly and scored a great point while Grace Rodgers and Sophie McArdle were constant threats and unlucky not to add more scores, kicking a few wides. Keelan Bewley switched to midfield where she did important work tracking the runs of the Cooley midfielders .

The Kickhams struck back with another point and went in search of a goal but the Green line held firm, lead superbly by captain, Nessa Norton at centre half back and Eliza Logan at full back who made a last minute clearance from the goal line. When the final whistle blew the Geraldines were ahead by three points.

It was a great game of football, with both sides giving their all and commiserations to Cooley on losing an exciting contest. Before being presented with the championship trophy, captain, Nessa Norton was also awarded the player of the match award. Much like the semi final, it was a great team performance with every player playing their part in the win. It was great to see such a big support made up family, players from other age groups and Geraldines supporters, turning out to cheer the girls on.

Well done to all the girls on a fantastic year, completing a League and Championship double! 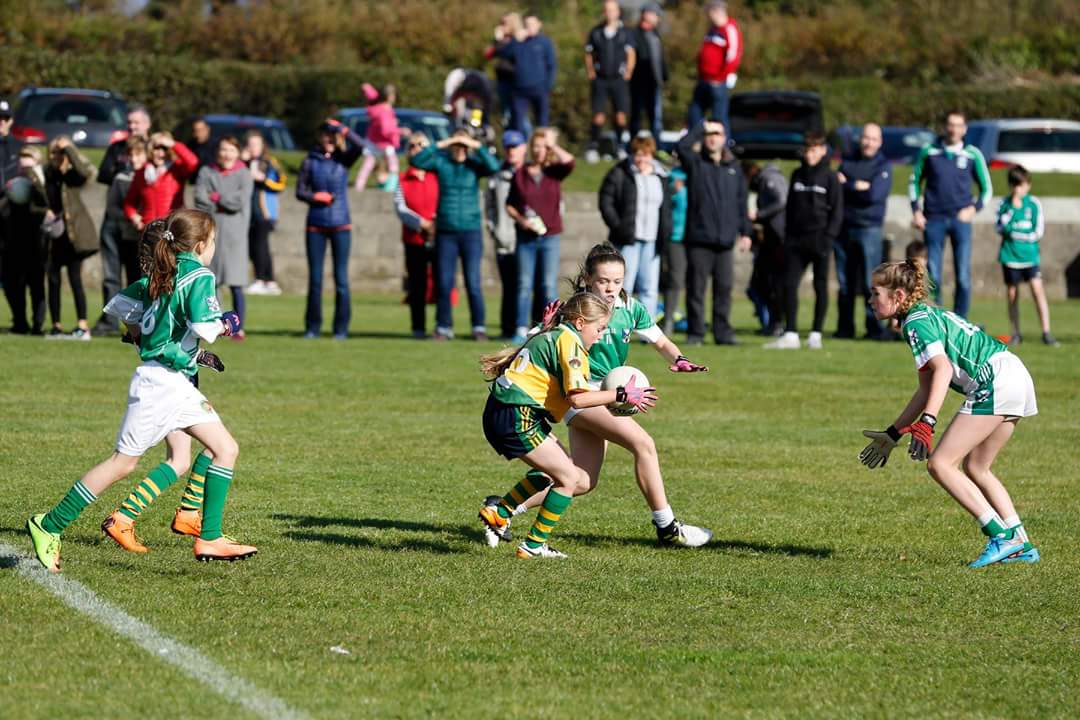 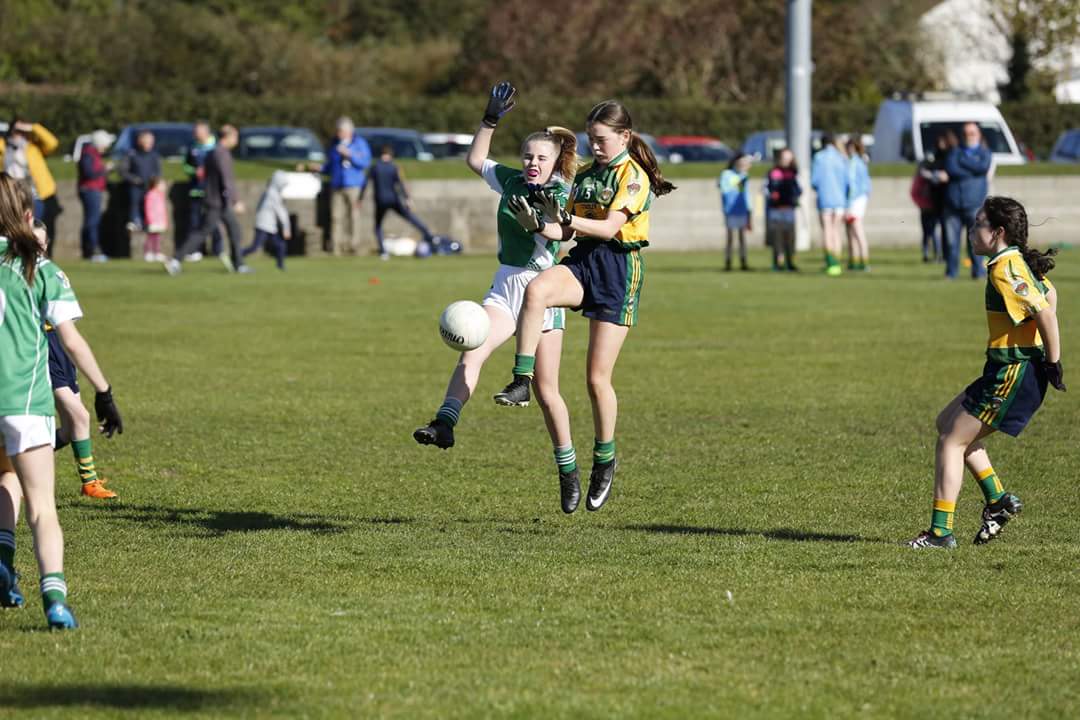 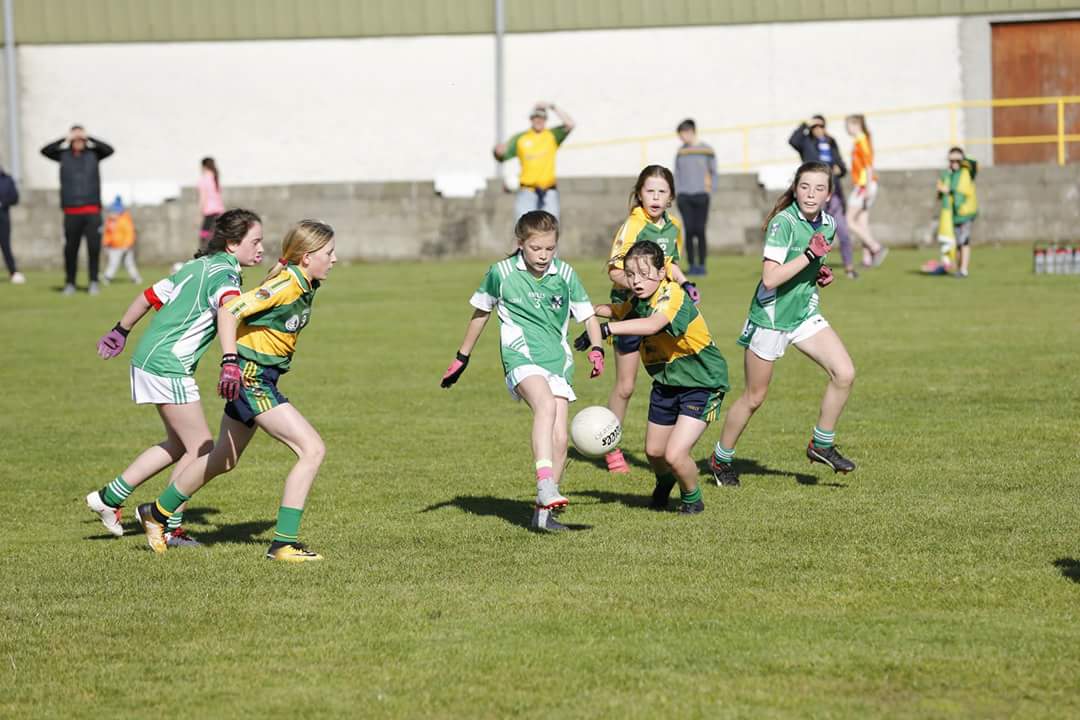 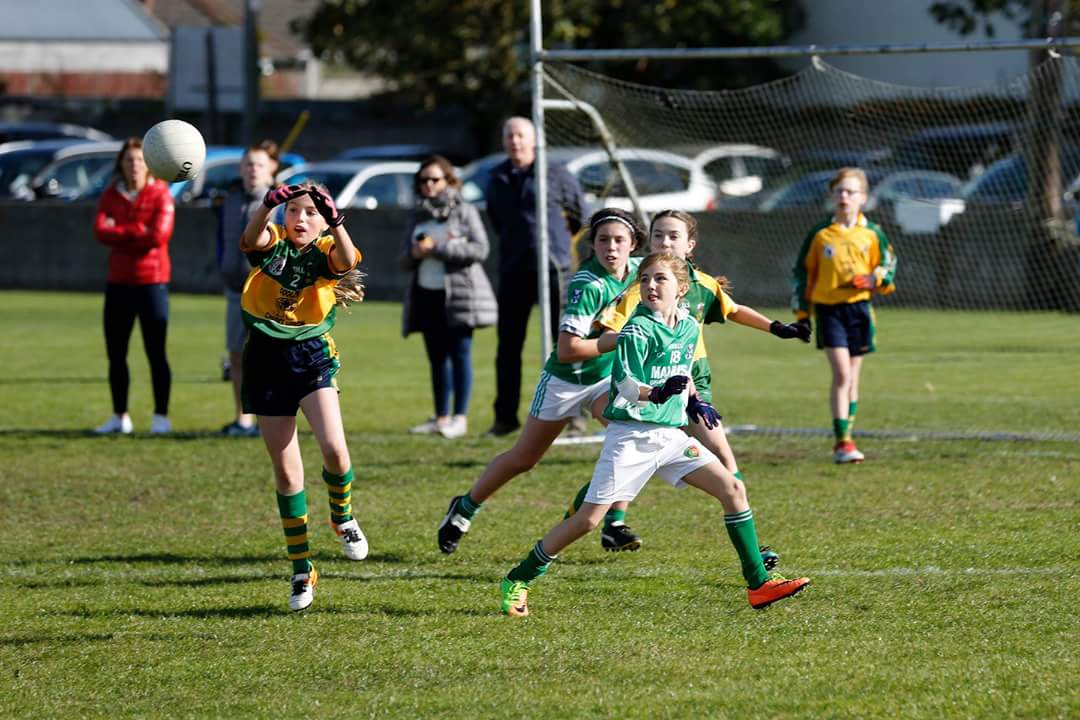 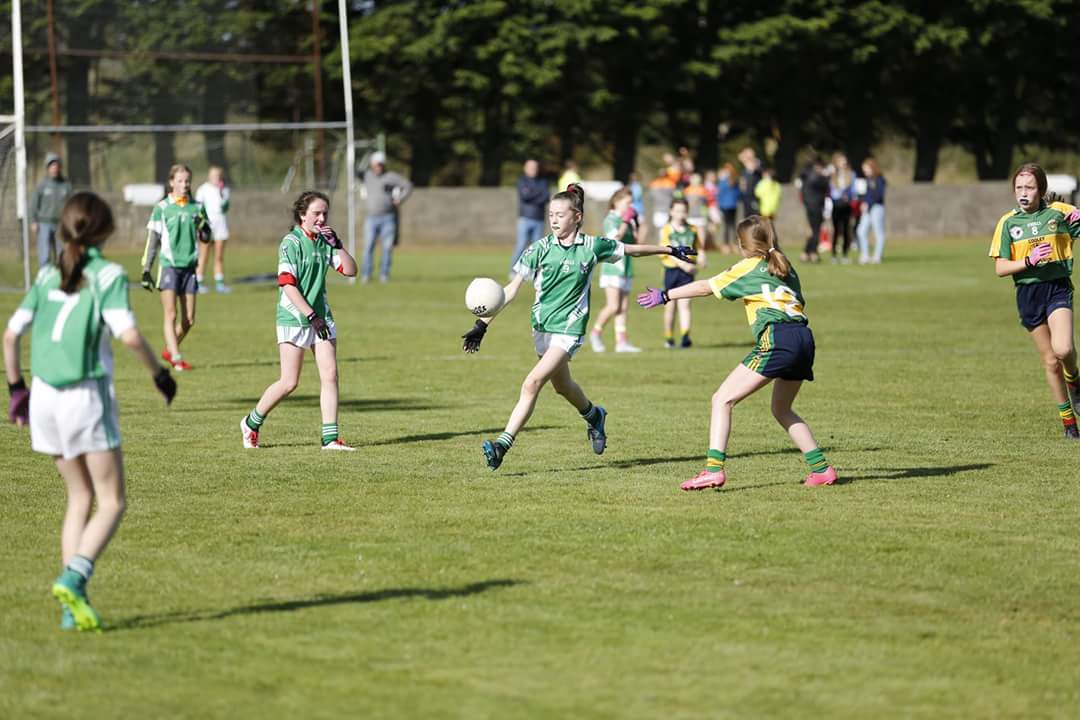 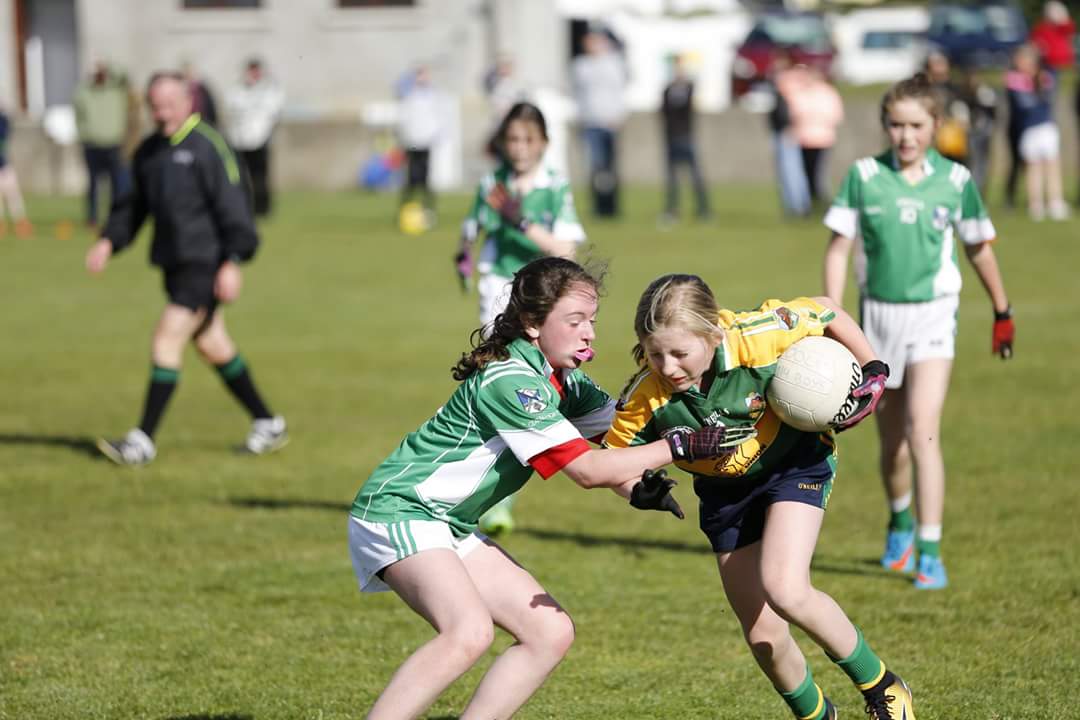 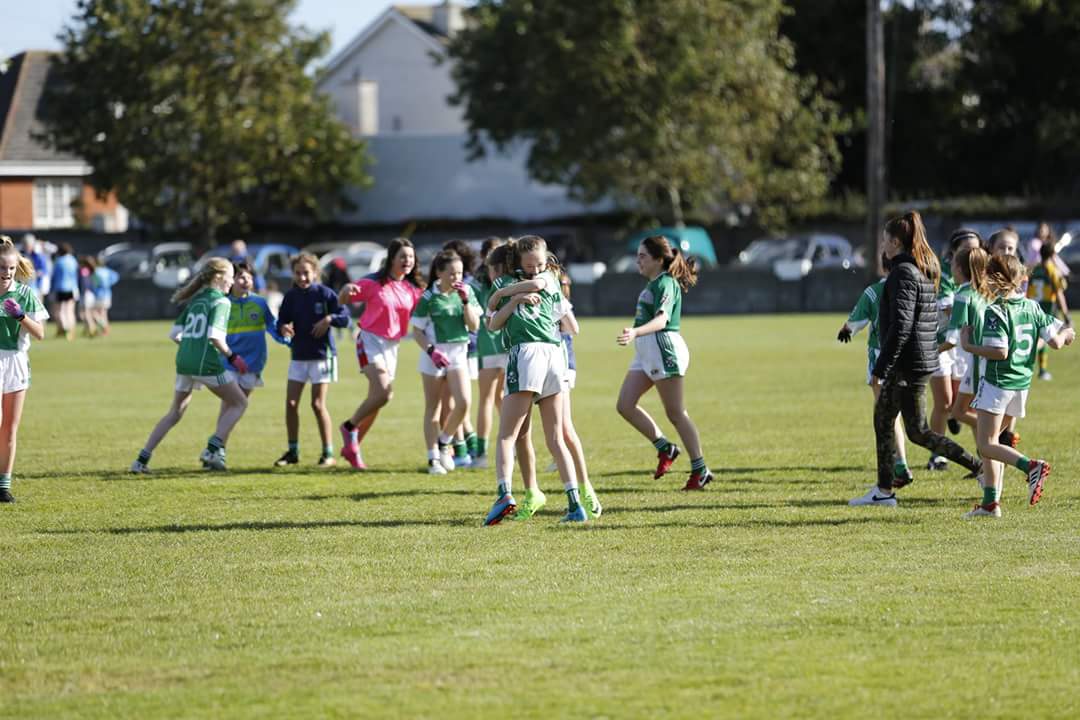 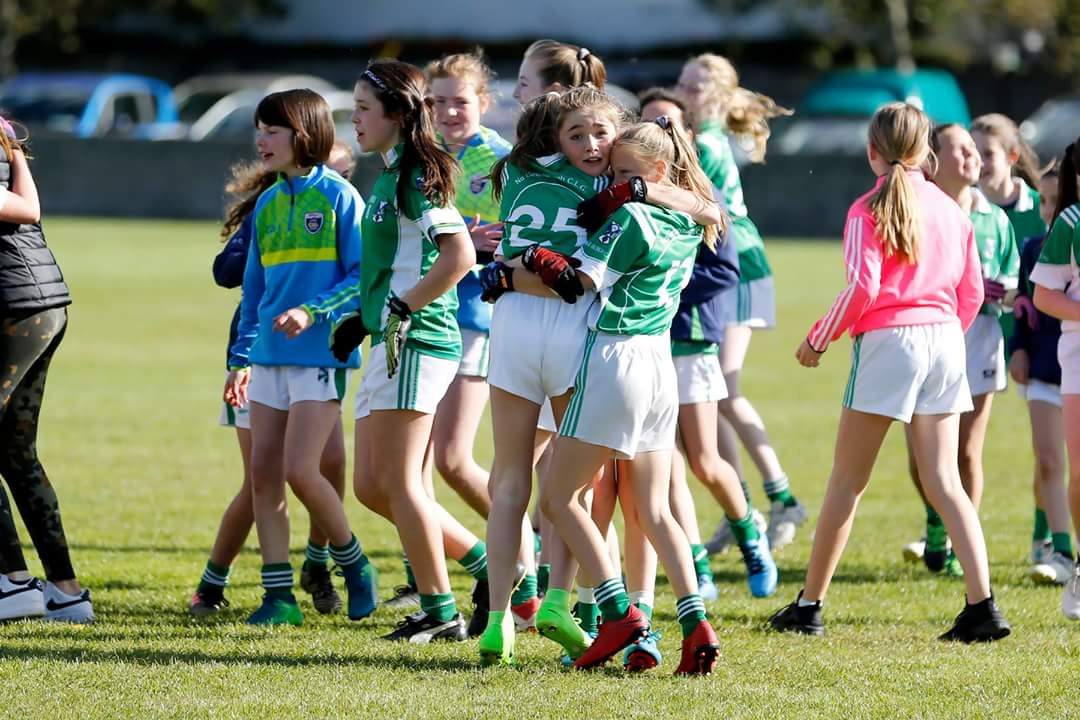 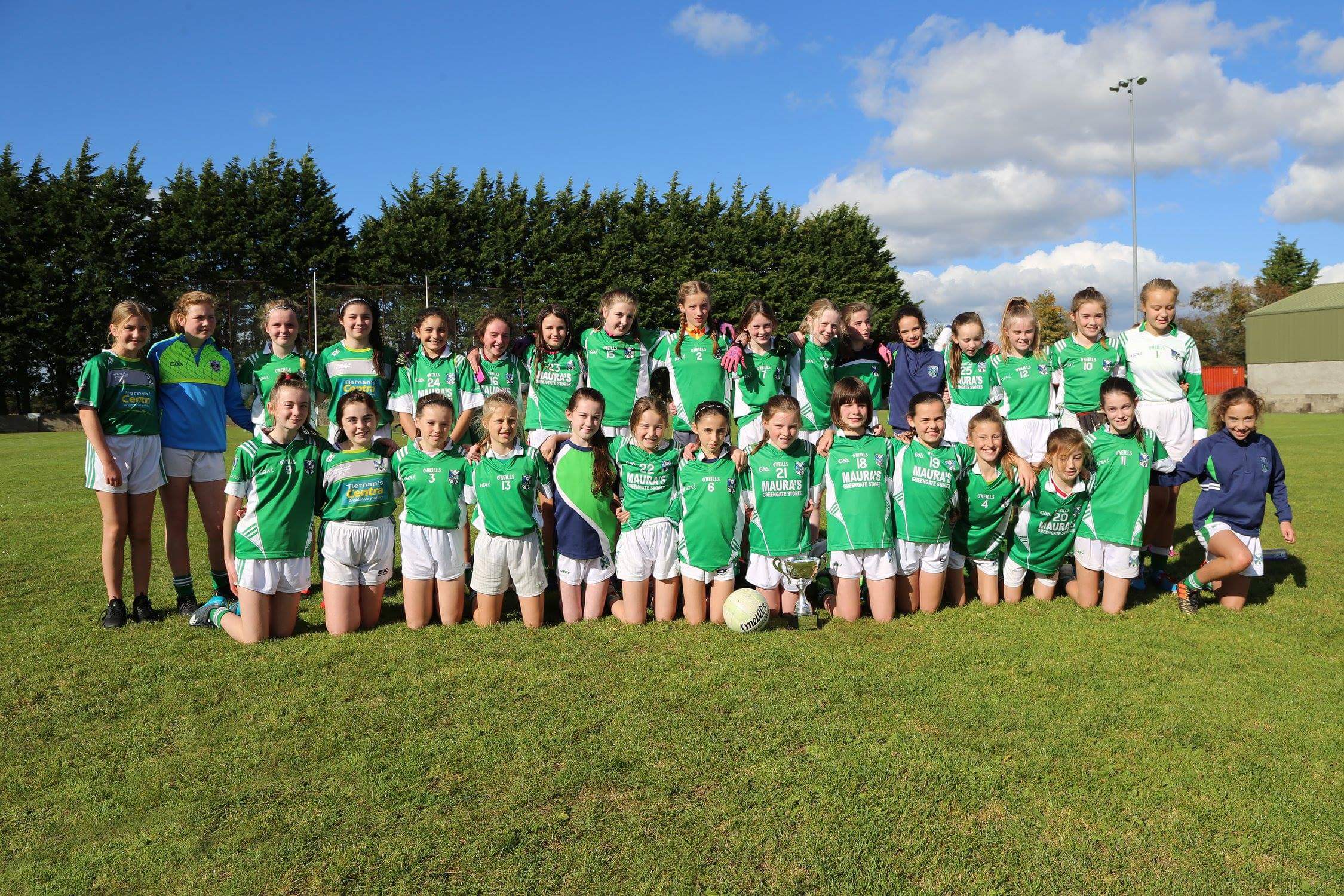 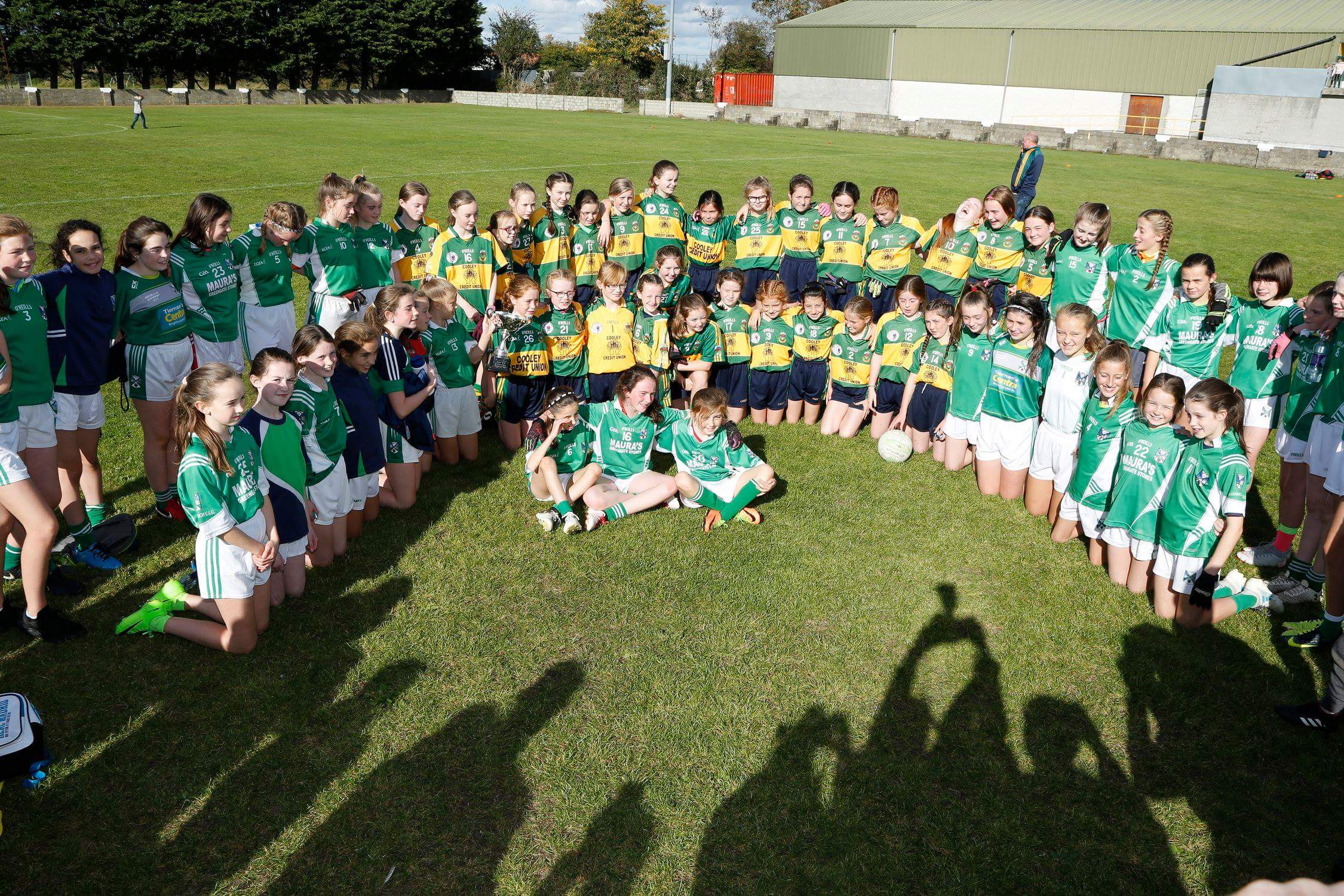