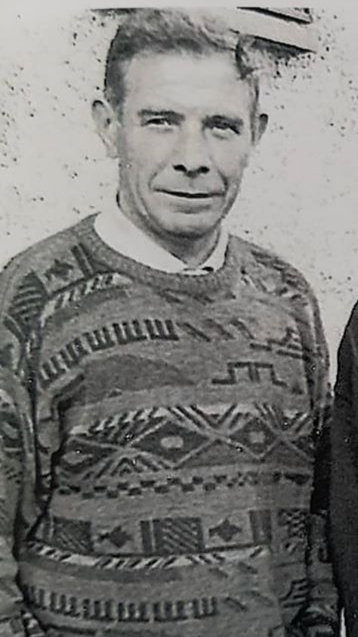 It is with great sadness that we announce the death of our esteemed clubman Oliver Brennan.

Ollie joined the committee at age 16 in 1963 as the caretaker in the old shack  on Chapel Road. His duties involved lighting the fire before meetings and keeping the place tidy. He played in goals in 1964 when Geraldines won the Andy Rogers Cup at minor with many of these players going on to win the Louth Junior championship in 1966. Ollie was an ever present on the committee from then serving as selector nearly every year including 1982 when club won the Joe Ward.

He  served  as chairman of the club from 1977 when he initially took over from Jimmy MeGeough in an acting role and was elected chairman in 1978 and remained so for the next 3 years till 1980.

He remained active on the club committee up until recent years where he filled the role of club president until he retired from that role.

Ollie was the clubs representative at county board level for approx. 20 years. He was the inaugural Chairman of the Louth Minor Board serving as same from 1973 to 1977. He was a Louth Minor selector for many years during the 70’s. He also served as Louth senior board vice chairman in 1982. He was a great and passionate debater and his contributions from the floor at meeting were delivered with gusto.