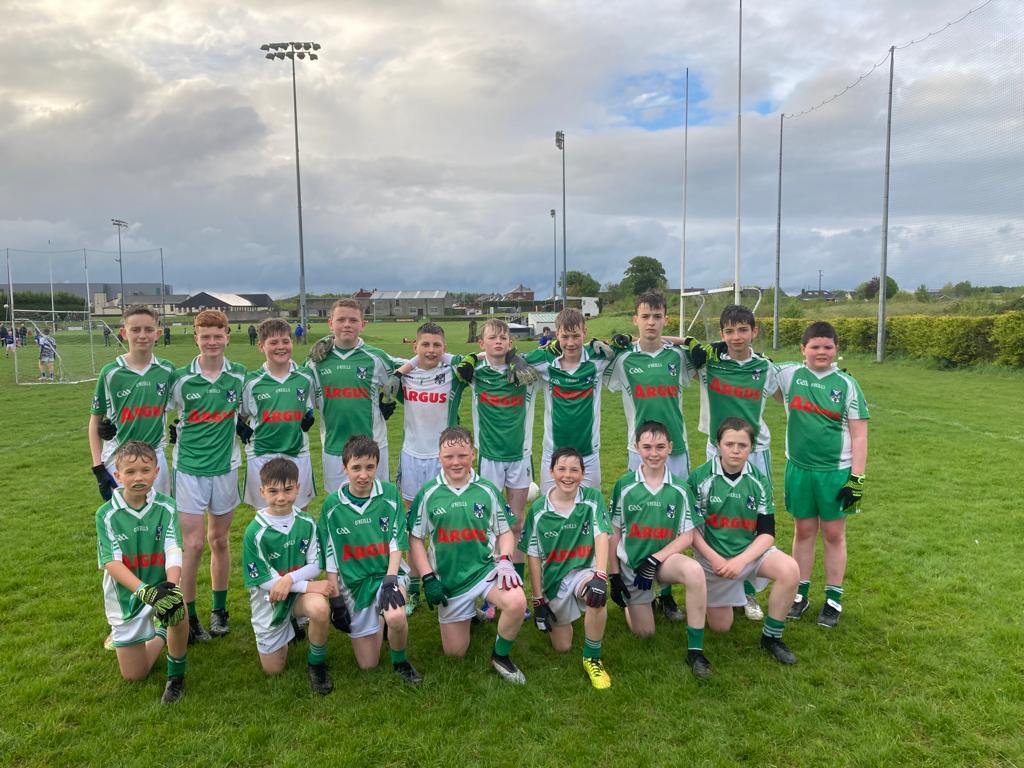 The u13 boys hosted St. Mary’s in a rain soaked Haggardstown on Monday evening.

The Gers lads started brightly and had the better of the initial exchanges to race into an early lead.

The Ardee outfit responded with some scores of their own, but the home side kept the score board ticking over and were deservedly ahead by 7 points at the break.

A goal and a few points early in the second half brought the deficit down to a single point before the home team finished strongly with 4 goals to finish off the contest.

The spirit shown by the team was pleasing with good support play and some fine scores. They work-rate and pressure on the Mary's players when they didn’t have the ball was impressive.

Sean Spaight once again led from the front, with a personal tally of 3-7, with Roan Norton also have an impact on the scoreboard to register 2-1. Joe Lynch had a fine game on the full forward line and helped himself to 1-1, with Roan Carroll (1) and Aaron O’Donoghue (2) also making their mark.

There were fine performances throughout the field; Sean Garvey, Ross Nordon and James Scanlon were solid at the back, kept on their toes by Jacub Perkowski who had another good match in goals.

Danny de Lasa, Rónán Duggan and Oliver Kerley supported the attack at every opportunity and were involved in some great interplay.

Hugo Nolan won a significant amount of opposition kickouts and Oscar Little, Rory Power, Conor Muckian and Kevin Corrigan were dangerous when they got on the ball.

Next match is away to St Nicholas De Satharn seo chugainn.