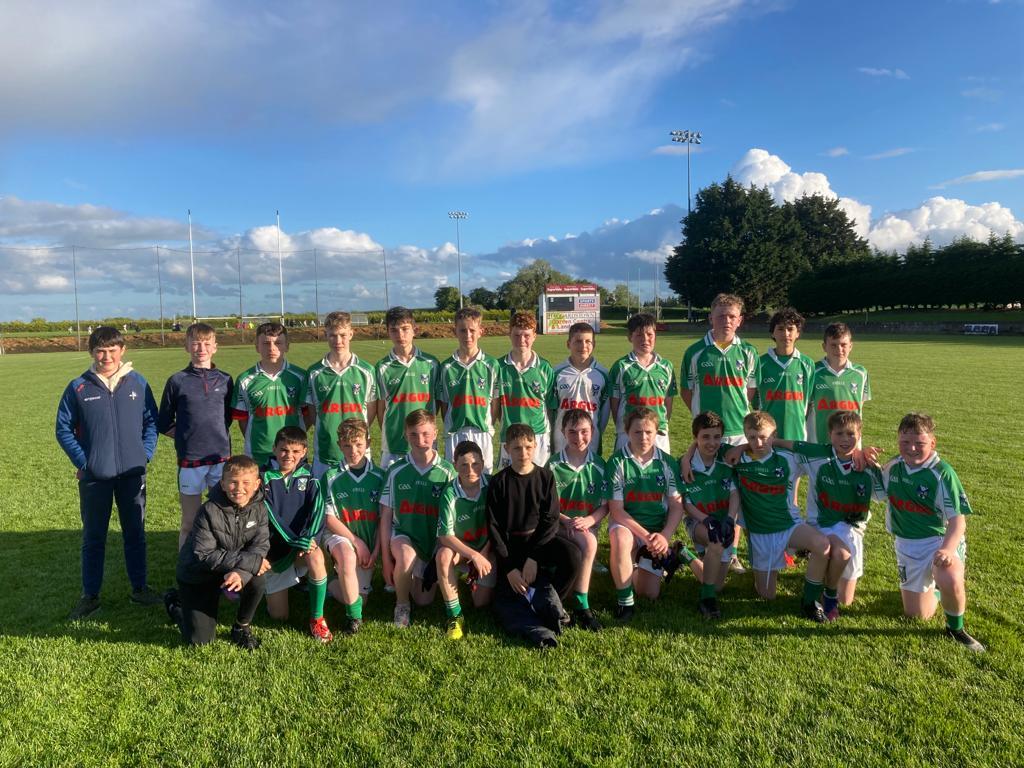 Published: about 2 months ago

The u13 boys had their final league match of the u14 campaign on damp Friday evening in Haggardstown.

This result of this match against Newtown Blues could determine who progressed to the knock-out stages.

The Drogheda outfit had the better of the early exchanges, and dominated the first period as the Gers struggled to impose themselves on the game. The home side were glad to hear the half-time whistle as the score-line of 4:9 to 0:3 told its own tale. Some well taken points from Joe Lynch (2) and Sean Spaight (1) were all the Gers lads had to show for the first period.

The second half was a different story as the home side finally kicked into gear, following some positional changes and the introduction of some fresh legs. The revival was started by a quick fire 1:2 from Sean Spaight, as the Gers created several good opportunities to add to their tally. A further 2 goals from Roan Carroll and Rónán Duggan brought the lads back into contention.

The sides traded scores towards the end of the game, much of which was played in the Blues end, but on occasion the home team could not convert the opportunities that came their way.

In the end, the comeback was not enough and the Blues emerged with the points.

The spirit and determination shown by the Gers lads made the coaches very pleased and all lads can be proud of their effort.

Despite this result, the Gers finished 4th in the league and progress to the knock-out stages. This is fantastic achievement, with all members of the squad playing their part to get this far.

Next match is against Dreadnots De Luain seo chugainn in the u13 league.

Successful Start To 'Walk & Talk' at The Gers🚶‍♂️🚶‍♀️

Well done to everyone who joined us for the first 'Walk &...

The Geraldines Walking Club gets underway on Monday (4th ...

What a gallant effort by a great bunch of girls.Moneyglas...