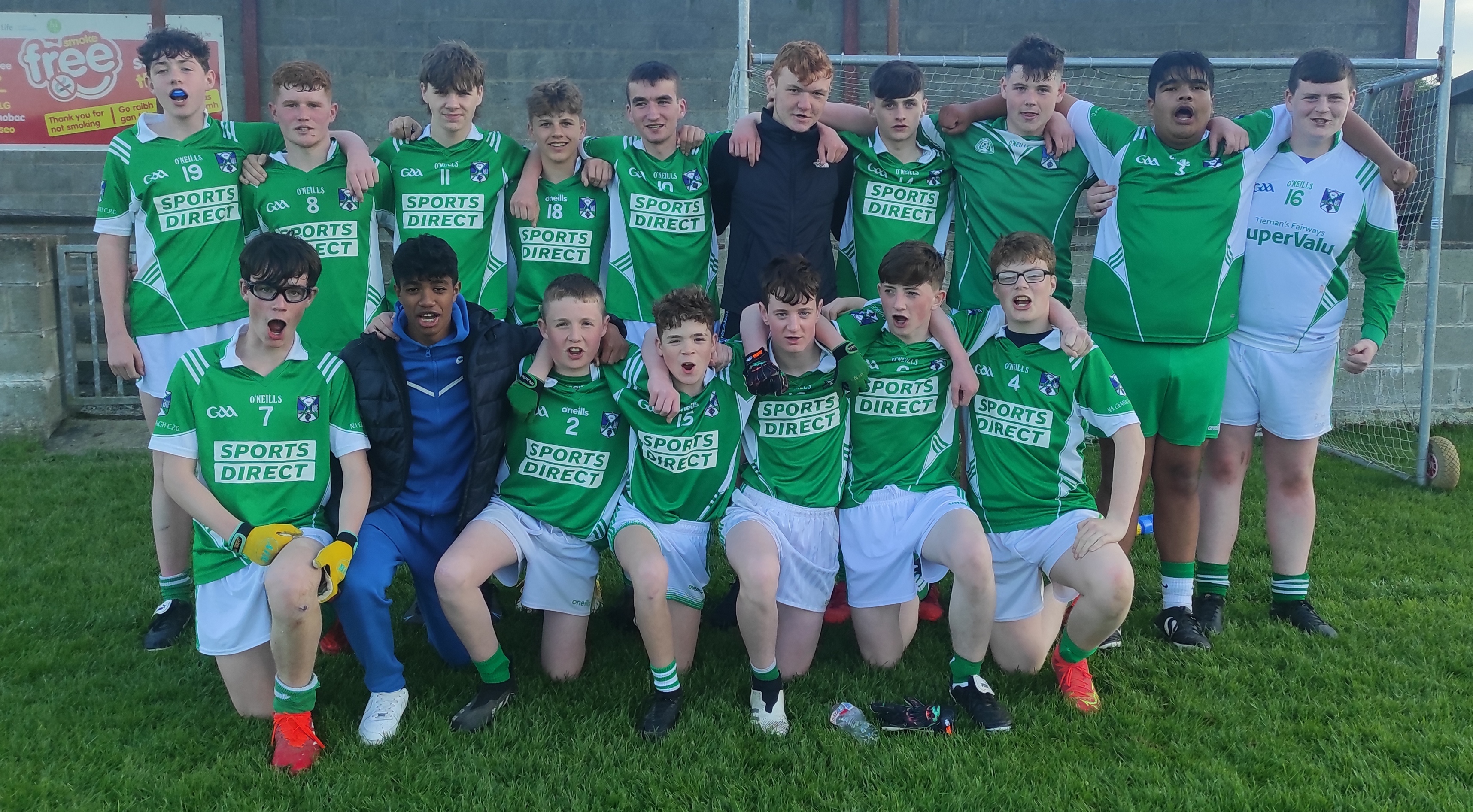 Geraldines travelled to Monasterboice to face Naomh Martin missing a number of players through injury but still managed to come away with the points in this under 15 league clash.

It was an exciting start to the match - both sides raising the green flag early on - but the Gers started to take control in midfield, led by a fine display by Cian Spaight and aolid work from Oliver Begley.
Cian scored 1-1 from midfield in the first half- Cillian Lynch also bagged 1-1 from corner forward.
The monasterboice lads hit back and created several goalchances but were thwarted by some superb goalkeeping by Evyn O'Callaghan in one in one situations. Ryan McCutcheon scored a goal with a clinical finish low to the net and Ralph Tinsley added a couple of fine points to give the Gers a 2 point lead by the break.

The Gers continued to press and take control in the second half with the advantage of the wind. Cian spaight adding six more points. Cillian Lynch and David Clune, who had another impressive game scored 2 points each and Oliver Begley added another.

The home side had a late flurry scoring 2 goals, but solud goal keeping from Evyn O Callaghan in goal made sure the Geraldines kept their opponents at arms distance. The Martin's had spells of good pressure but Shea neary at full back was in imperious form and cormac Broe continually snuffed out danger and was the playform for counter attacks. Lian Tiernan and Eoin Rodgers tracked their men tirelessly in the corner back positions while Padraig Corcoran and Eoghan O'Brien continue to improve with every game and put in a huge amount of work, as did Evan Hoey Rogers in corner forward, winning several frees.

Special thanks to Sean McKenna who joined from the under 14 ranks to help create a couple of scores. Thanks to Matthew and Jamie who travelled to support the team even though they were unavailable to play and to the whole team in the night who put in 100% effort to make sure the Geraldines ran out winners by 3-15 to 4-5 and secured their second consecutive away win in division 1.

Geraldines - Where Everyone Plays
Thank you to our sponsors @SportsdirectIreland