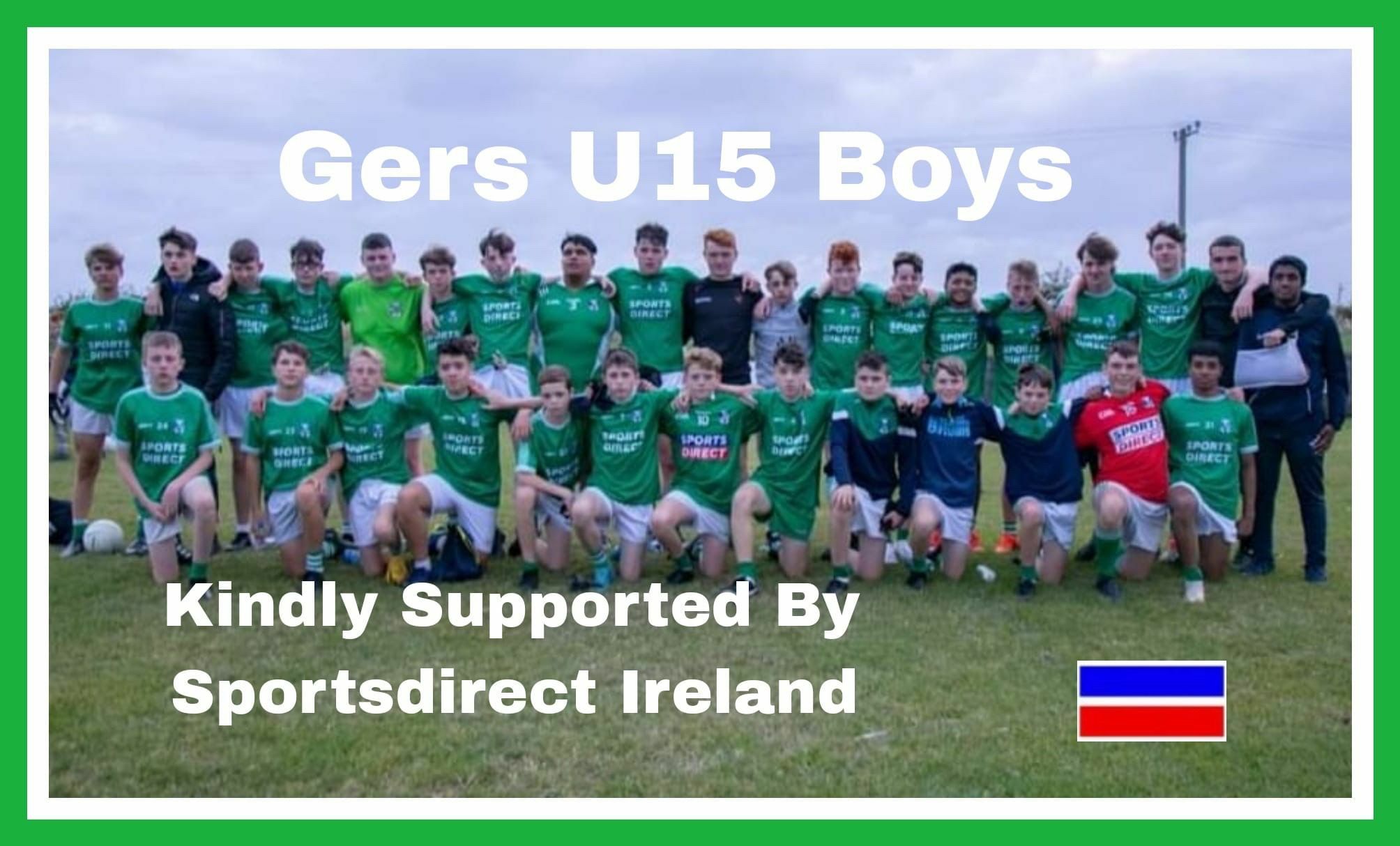 Gers u15 boy, sponsored by @sports direct Ireland were defeated in Haggardstown last Monday evening in their @louthgaa A championship quarter final. By a combined O’Connell’s/Stabannon/Lannleire side.

The visitors scored the opening 2 points and the Gers responded with a fine point by Sean McKenna in a cagey opening 10 minutes. A solid Geraldines defence was restricting scoring opportunities thanks to hard work from all 6 defenders and aided by Fin Madine who dropped deep to help out and forced the combination team to shoot wide from difficult positions. Geraldines failed to capitalse on some good possession up front by delaying releasing the ball on quickly enough. The opposition tagged on some more points and then a goal before Ryan McCutcheon hit back with a goal from close range after several near misses. The accurate Sean McKenna added another point and and the visitors replying in kind to leave the Gers trailing by 1-7 to 1-2 at the break.

The Geraldines pushed forward from the start of the second half and were rewarded with a Jamie Soraghan point and an opportunistic goal from corner forward Aodhan Gibbons who was impressive throughout and always available for a pass with his clever movement. Jamie Soraghan added a point from a free and a another from distance from play with one point in response at the other end. With 12 minutes left there was only a one point difference and the match was very much in the balance. The opposition tacked on a point and then a turnover as the Gers sought to hit back led to a goal at the other end restoring the earlier 5 point deficit. At this stage the visitors got on top around the middle and struck a killer blow with an explosive goal from 25m and tacked on a couple of points to run out winners by 3-12 to 2-5.

The lads gave a great effort to close the gap in the second half but the O’Connell’s/Stabbanon/Lannleire lads responded well and we wish them well in their semi final.

Well done to all the squad for all their efforts over the year and to the parents for their continued support and to the coaching team for giving their time over the year.

Darver Bound for U9 Boys

A closely contested game for our u13 girls this evening a...

Na buachaillí faoi 10 made the short trip to Darver on Sa...

Mothers and Others, outting to the Joe's. 26 Gers Ladies ...